If you ever been to Vietnam during the Vietnamese lunar new year you probably heard about lucky money, or Li Xi as local call it. However, both locals and expat know about it but you probably don’t know well about why Li Xi lucky money is that much important when during the lunar new year, the lucky money probably will have the same value in many different cultures but as in Vietnam, it has been in the history and culture of lunar new year [TET holiday] since ancient time and people and families value it as much as the new year itself. 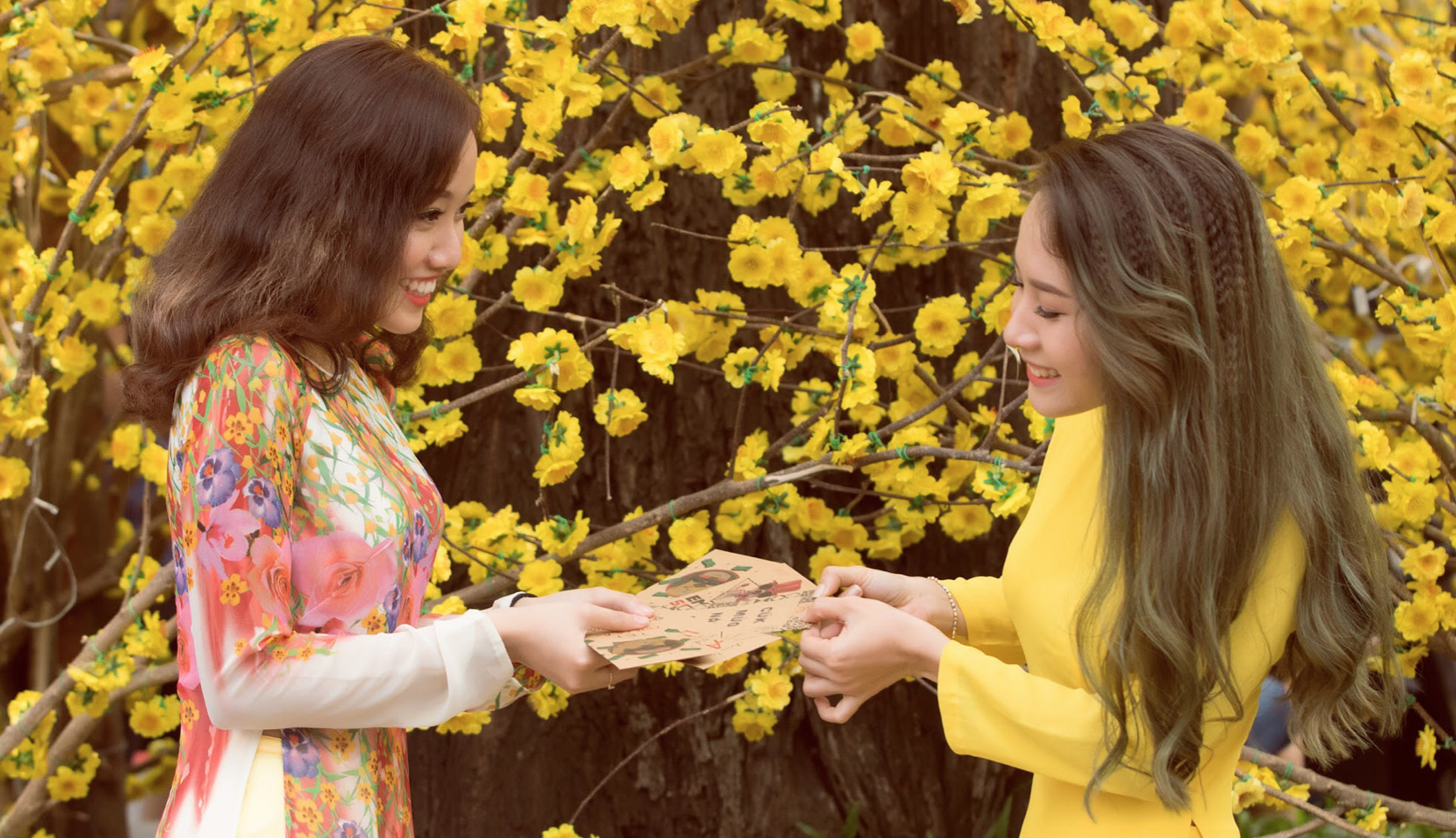 What is Li Xi Lucky Money?

Li Xi is the Vietnamese name for the lucky money originated from the ancient traditions in China from the word “Li Shi” which is the direct translation for “being lucky”. In Vietnam, Li Xi is given to younger and children to wish them a better success, health and luck in the new year. Usually Li Xi is being received in a red envelope, the amount of the money is pretty much depending on the person who is giving you the Li Xi, being said, the amount could be anything from 20.000 VND to 500.000 as this is just a lucky money and a wish, so for both who give and receive it has the same value and nobody is keen on receiving the greater amount of Li Xi. 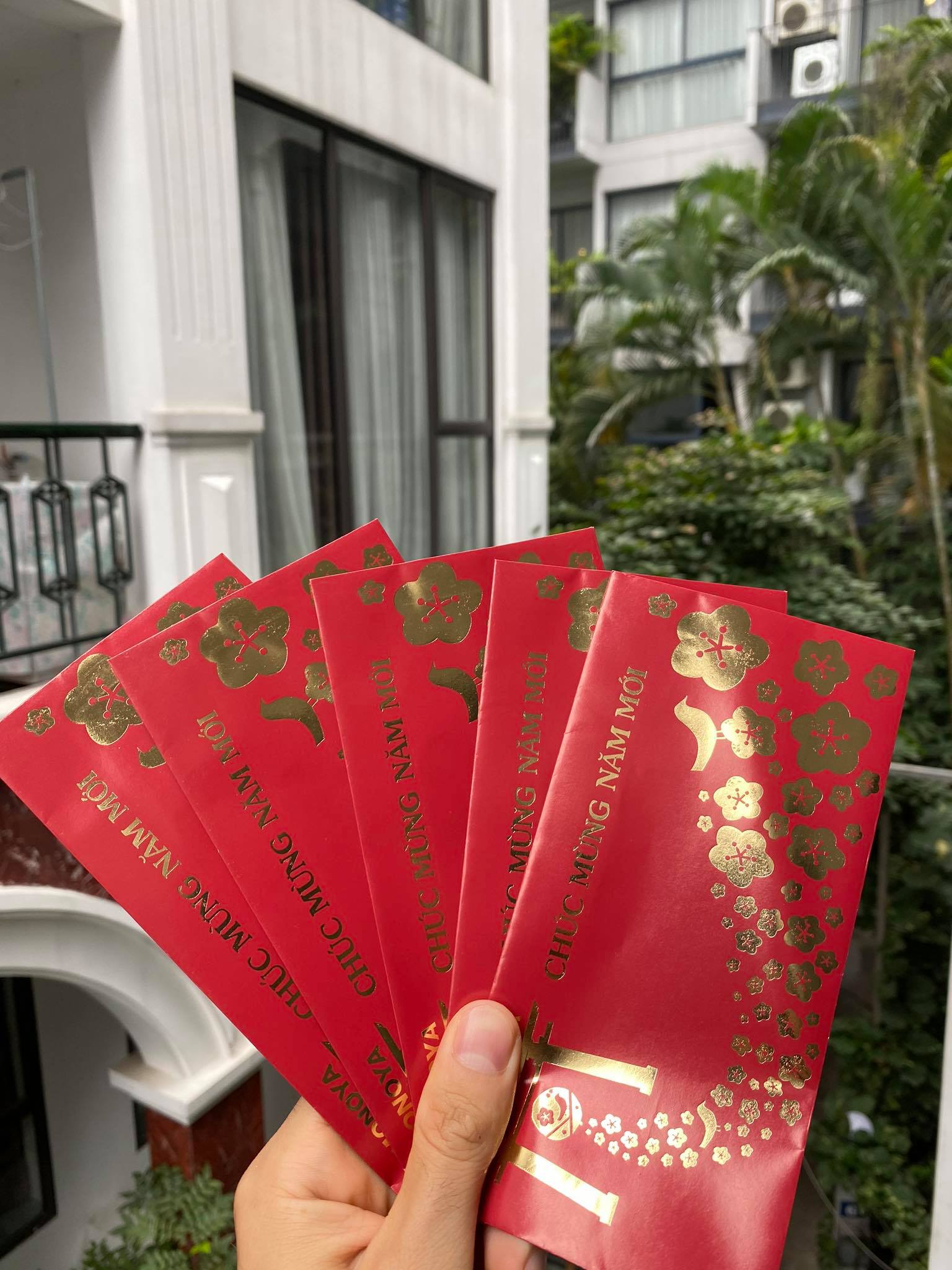 However, in Feng shui tradition, red envelopes represent a lot of deep and good meanings. For such, it is the symbol of privacy, not inferior than losing, to avoid leading to unnecessary friction. The red color of the red envelope where Li Xi and lucky money is inside representing the color of the mind, auspicious, prosperous throughout the year. In addition, it is also considered the color of hope and luck. People receiving lucky money always believe that these envelopes will bring happiness and fortune throughout the year. Every morning on the 1st of the TET, after getting up early and wearing beautiful clothes, adults and children celebrating New Year, giving longevity and giving lucky money by grandparents and parents to the members of the family.

Traditions behind the Lucky Money in Vietnam

LHowever, in Vietnam, the lucky money is not only for the Lunar New Year but also for many other occasions, and not just for children. For example, in the marriage, the attendant will give lucky money in an envelope giving it to the newly married couple wishing them luck and success in the life, this has the same value for the birthday and or for the opening of any new business to which friends and family members attend with lucky money. 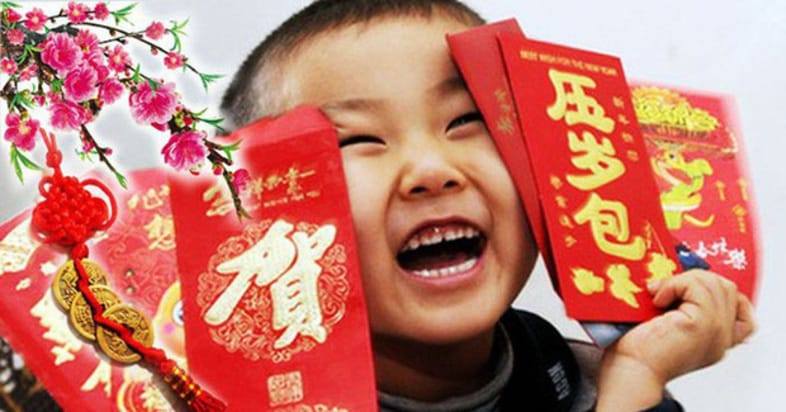 There are a lot of different stories and tales behind the origin of the Li Xi back to the old days, however, in the old days and in East of Sea, there were many demons that often disturb people on the new year eve. As tales says it, on the new year occasion, the god have to go back to heaven at New Year’s Eve to prepare luck and wish for the people. At this time, devils are harassing children specially while they are sleeping causing children to scream make them sleepless, so parents often do not dare to sleep as they should keep wake up to protect the children.

Following the above story, there were 8 fairies passing by each house in the new year eve, turned into into coins lying next to the children, their parents packed the coins into a red cloth to ward off the demons. This miracle quickly spread throughout the east, so when the New Year happening, people put money in the red envelope for children, so that they grow up and become healthier, thus becoming the first lucky money. However, whatever your parents and elderly people say it might be also the truth behind the originate and tales of the Li Xi lucky money. 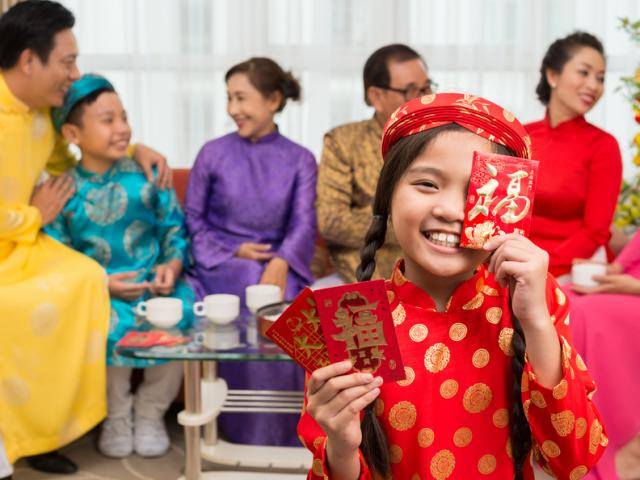 In Vietnam, everyone used to keep piggy-bank in their childhood, especially after Tet when children often have a lot of Li Xi from the lucky money they received during the new year, so they are advised by their parents to save them on piggy-bank so that this money can be kept more carefully and used when in need. But the profound implication of this is the desire to educate children to know how to spend money efficiently, without wasting. In the current days, the lucky money is basically given only to the children for good health and good luck. But more and more not only to children but also adults are also considered lucky money as a way to respect and appreciate the elderly peoples. And, in some countries in Asia, such as Japan and China, the older you get, the more of lucky money you expect to receive. Vietnamese people think that lucky money symbolizes the lucky things that we can give to each other, wishing all the peace and happiness in the new year.

Usually, on the first day of the Lunar New Year, adults and children alike, dressed in new clothes, prepared to visit elderly and relatives and friends. And perhaps the most expected for everyone is always the lucky money at the beginning of the new year. The Li Xi tradition has always been preserved and really become a fact in Vietnamese culture. The New Year lucky money has existed since ancient times and it has been in the historical books originating from China. New Year lucky money, the Li Xi is a good cultural tradition of Vietnamese and many countries in the Asia, wishing for the best and luck from the first days of the new year. The Li Xi money is not limited to the first day of Tet but can be redeemed during the first three days of the lunar new year, even until the last days of the New Year such as the 9th and 10th. 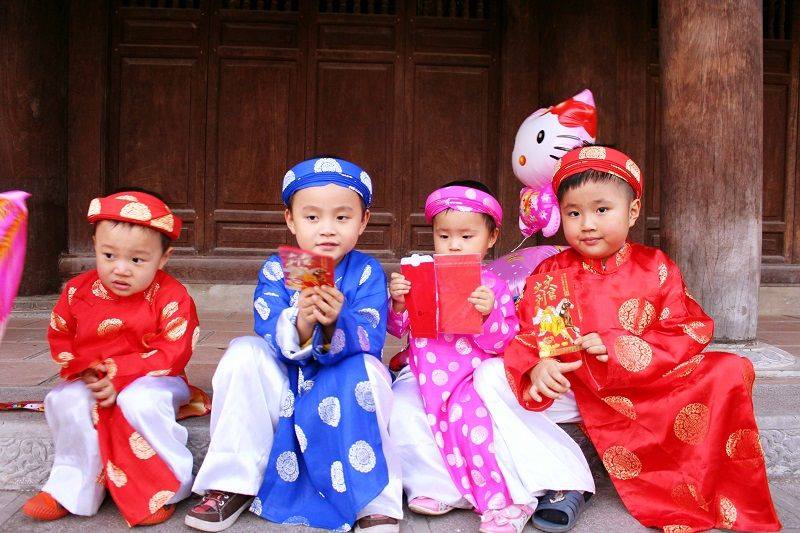 The lucky money is a traditional culture of Vietnamese people that is follow the old tradition, every year, every morning, on the first day of the Lunar New Year, the descendants of the family turn to greet each other with the New Year wishes, wishes for life and give gifts or some money to their grandparents and parents. Similarly, when visiting the house on New Year’s Day, you will not forget to give lucky money to your children and grandchildren with the blessings at the beginning of the year, and at the same time receive wishes for good health, luck and prosperity. Li Xi lucky money’s main purpose is the desire to wish each other with health, fun in life and carrier, study better and many other interesting facts.

In addition, the Lucky money is a tradition and contain beautiful tales from the past, showing the affection and esteem of everyone for each other. Lucky money is not too much about the value of the money but contains spiritual value with good wishes, hopes that adults send to children. Therefore, adults need to help children appreciate when receiving lucky money from adults, understand the meaning of lucky money, not simply the amount of money that children receive in that envelope. Just as parents of children need to show children how to preserve and use lucky money properly, with practical significance. For adults, it is a joy to witness their children receive their blessing as a Li Xi, a joy to feel the warm affection that family members pass on to each other through lucky money. New Year is not far away, fortune comes from the happiness that every family member feels when giving and receiving Li Xi. 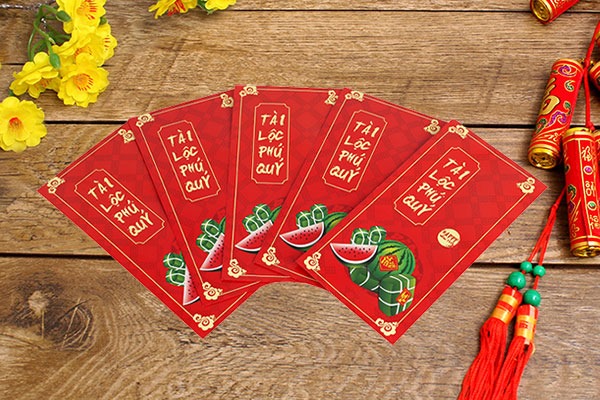 When businesses open after the new year, staff usually receive the Li Xi and lucky money again inside the red envelopes, the business owner wish the staff the best in the career and want them to work wise and earn what they deserve in the new year. Also, businesses send their greeting and new year wishes to their loyal clients through the special Li Xi, a pack of cookie and sometimes flower and candy and a bottle of wine. This is just a tradition and a way to appreciate each-other in the business. However, if you are traveling to Vietnam soon and specially during the new year, it is good to know more about the traditions and cultures through the following Li Xi article and if you are lucky, you can receive the lucky money from your host and or friends and wait, do not forget to give Li xi as well to the youngers and friends as this will be very special gift and something that last long.