Why Vietnam was the perfect location for movie Kong Skull Island 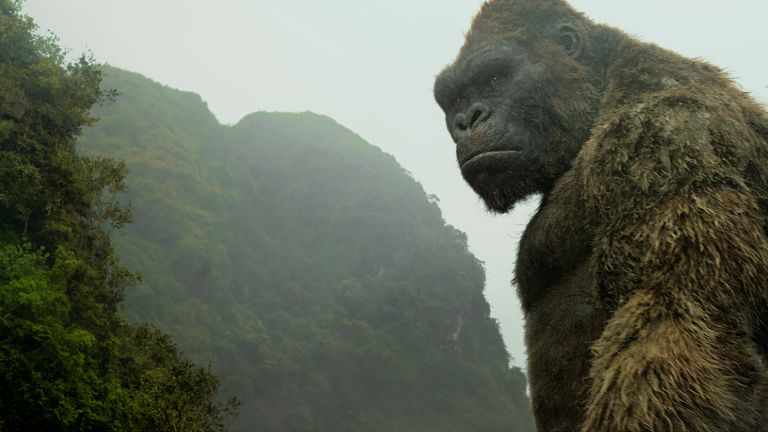 LOS ANGELES: What is King Kong doing in Vietnam? Everything it seems, according to Kong: Skull Island, the newly minted addition to the recently rebooted and hugely popular monster movie franchise. A massive pop culture icon since his first cinematic appearance back in 1933, King Kong has inspired countless sequels, remakes, spin-offs, books, video games and even theme park attractions.However, not until now has there been a Kong film set almost entirely on his mythical home of Skull Island (Peter Jackson’s 2005 King Kong only took audiences briefly to the island before transporting him to New York City).

In this film, audiences are plunged into the waning days of the Vietnam War and sent on a discovery expedition – alongside a cast of Hollywood A-listers such as Samuel L Jackson, John Goodman, Tom Hiddleston and Brie Larson – to a mysterious island inhabited by the titular Kong. To fully immerse audiences in Skull Island and bring Kong’s homeland to cinematic life, director Jordan Vogt-Roberts told Channel NewsAsia that it was “incredibly important” to try to shoot as much of the movie in real locations. 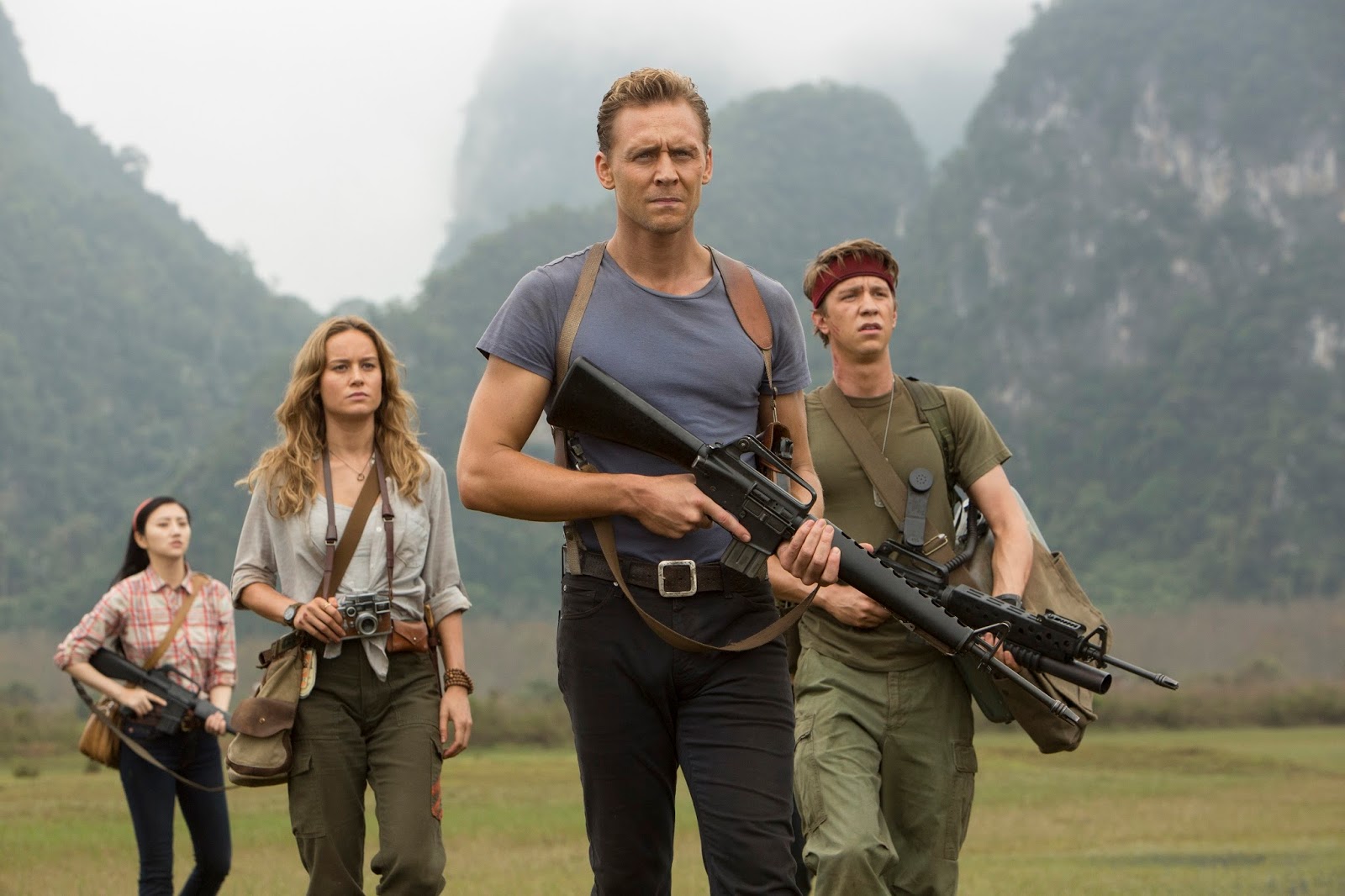 To capture the film’s primordial landscapes, Vogt-Roberts and his cast and crew filmed in places such as Hawaii, Australia and Vietnam over a period of approximately six months. Visually it has paid off, setting Kong: Skull Island apart from its predecessors and the rest of the Kong oeuvre.

For the director, filming in Vietnam stood out. VIETNAM IS “GORGEOUS AND OTHERWORLDLY”

“I scoured the world. I very specifically didn’t want (the film) to look like Jurassic Park … I wanted it to look fresh,” he explained. “I think audiences go to cinemas to see new things. So I went to a lot of places in Asia. People have shot in Thailand before and it seemed like an easy fit but I was like, ‘No!’ so we kept going around. And then I landed in Vietnam, looked at these landscapes and just fell in love.”

According to Vogt-Roberts, Vietnam provided the “perfect aesthetic” for the film.

“The look of Vietnam is gorgeous and otherworldly at the same time,” he said. “There’s such a raw, powerful and unspoiled beauty that general audiences hadn’t experienced on screen before. There’s a ruggedness and a beauty to a place like Vietnam.”

Even though it has been chosen as a Hollywood film location before, this was the first time Vietnam has hosted a film production of this size, scale and magnitude. The entire cast and 120 crew members of Kong: Skull Island were all on site in February last year, shooting in Quang Binh’s colossal caves and the tranquil town of Phong Nha, as well as the world-renowned Ha Long Bay and the northern province of Ninh Binh.

Known for their untouched spectacular scenery and wondrous natural structures, these are some of the most remote and beautiful parts of Vietnam that have not been seen much in a Hollywood film.

“That’s the reason why we shot there, because you’re trying to find something that is completely untouched and looks unlike anything you’ve seen before. And Vietnam is the answer to that,” said actress Brie Larson.

“You can see it in the film. People will have to go visit it. I cannot say enough nice things about Vietnam. It was my first trip there and it will certainly not be my last. Hanoi was absolutely incredible … and Ninh Binh was also beautiful. I tell everyone who wants to go there that (Hanoi) is such a great place to start because there’s so much to do and so much to see.”

Larson, who had to fly directly from Vietnam to the Academy Awards to receive her Best Actress Oscar and then back to resume filming of Kong the morning after, told Channel NewsAsia that the experience was all about “the little things”.

“They built our trailers from the ground up! They took what I think were old school buses, gutted them completely and put in plumbing and couches. It was amazing!” she recalled. “The craftsmanship on those things was amazing. It was just little things. I think they even built roads for our trucks to get to these location because we were so remote.”

Veteran actor John Goodman told Channel NewsAsia that it was a “pleasure” to run around the streets of Hanoi trying to get lost and finding his way back.

“They said we were the first western film to film there, and they were very accommodating to us,” he said. “And they wanted us to feel welcomed and they most certainly did that.”

“In and out of the countryside, you see some rice farmers, some buffalos, things that I never thought I’d see. Water, caves, it was just beautiful.”

All that said, filming in Vietnam was not without its own challenges.

Because of its remoteness, actor Samuel L Jackson shared that travelling from where they were living to the actual location took up to two hours on some days.

“Some days, we had to get in canoes with little ladies who rode us through the mountains and caves,” he said with a smile. “But that was kind of fun!”

For Tom Hiddleston, it was filming one particularly tough swamp sequence.

“There’s a swamp that we ran through every day for 10 days which was incredibly cold! And for continuity, we had to get the same amount of ‘wet’ for every one of the 10 days,” he recalled.

But overall, the Brit actor found working in Vietnam nothing short of “amazing” and a “privilege”. And that is because the people were so welcoming and warm, he said.

“The topography of where we were … I’ve never seen landscapes like that before,” he continued. “It’s our job as actors to imagine we’re living in this desert island and undiscovered wilderness untouched by man. And the fact that we’re in these swamps, out of which arises these towers of rock, makes at least that part of the imagination easier.

“Now all you have to do is put the 100-foot gorilla in there,” he continued with a laugh.

Vogt-Roberts is hopeful that the film will encourage more people to visit Vietnam, although he said he is mindful of both the advantages and pitfalls.

“Hopefully tourism grows properly. You can look at what happened in Thailand after The Beach (starring Leonardo DiCaprio); there’s definitely a way that it could go wrong,” he shared.

“But it’s such a beautiful part of the world. I find that people on that side of the world have that general graciousness that we lack here (in the US). And so I sincerely believe that our film will have a positive impact on tourism, filming, and a general understanding of how stunning and beautiful the country is.” 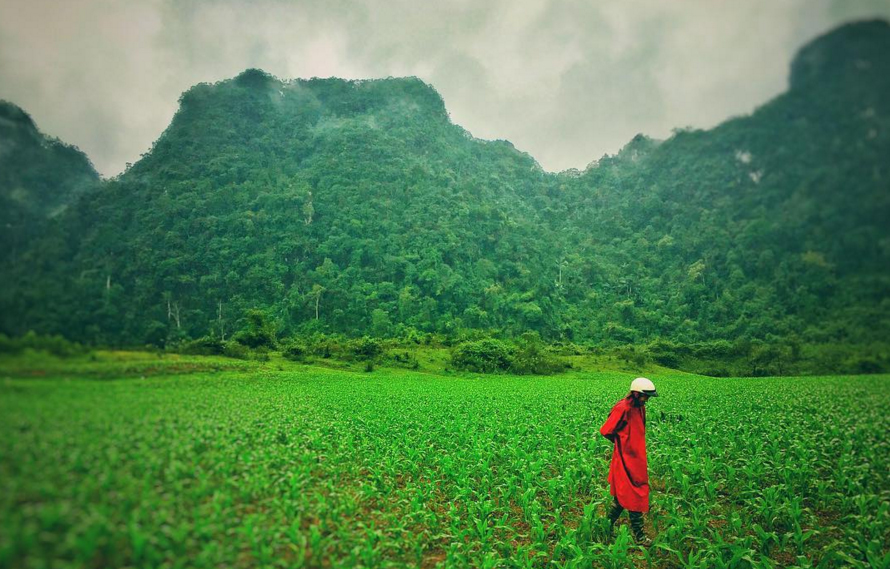 Which is why, for all the challenges that filming in Vietnam presented, Vogt-Roberts wanted both his actors and the audience to “feel the tactile nature of the environment”.

He hopes that people will walk out of Kong: Skull Island wanting to discover Vietnam for themselves. “I hope that people will look at this movie the same way they looked at Lord Of The Rings, Middle Earth and New Zealand and ask ‘Where did they shoot that?’” he said.

“I hope they go and explore Vietnam, fall in love with the landscapes, the people, the culture and the food. I hope they explore the rest of Asia as well, because I don’t think a lot of people think to go to these places as much. I want them to fall in love the way that I did.”